Here are some M&A in Indian IoT space

The dream of a startup founder can often be summarized by the following well-intentioned, and mostly delusional, quote: “We’ll raise a few rounds and in a few years we’ll IPO on Nasdaq.”

But a more likely scenario looks something like this:

You invest a few years of hard work to build something of value. One day you receive an acquisition offer out of the blue. You’re elated. And you’re not prepared. You drop everything to focus on this opportunity. Exclusive due diligence starts. Your company is a mess (IP, contracts, burn). Days become weeks; weeks become months. You’ve neglected business and fundraising. You’re running out of money. M&A is now your one and only option. The buyer says they found a bunch of cockroaches in the walls and drops the price. Now what? This is still a favorable situation: You had an offer! Think about how much time you invested in your various funding rounds. The hundreds of names and Google spreadsheet or Streak-powered quasi-CRM process.

Have you spent even a fraction of that on understanding exit paths? If you’d rather not live the situation described above, read along.

The E-word: A strange taboo

Investors live by exits, but many founders keep dreaming of unicornization and avoid the “E-word” until it’s too late. Yet, in 2016, 97 percent of exits were M&As. And most happened before Series B.

Exits matter because that’s when you, your team and your investors get paid. Oddly enough, and to use a chess metaphor, we hear a lot about the “opening game” (lean startup) and the “mid-game” (growth), but very little about this “end game.”

As a result, founders miss opportunities or leave money on the table. This is a shame. Our fund has more than 700 companies in portfolio. We want the best possible exit for each of them. And fortune favors the prepared! Now, how to get 700 exits (and counting)? 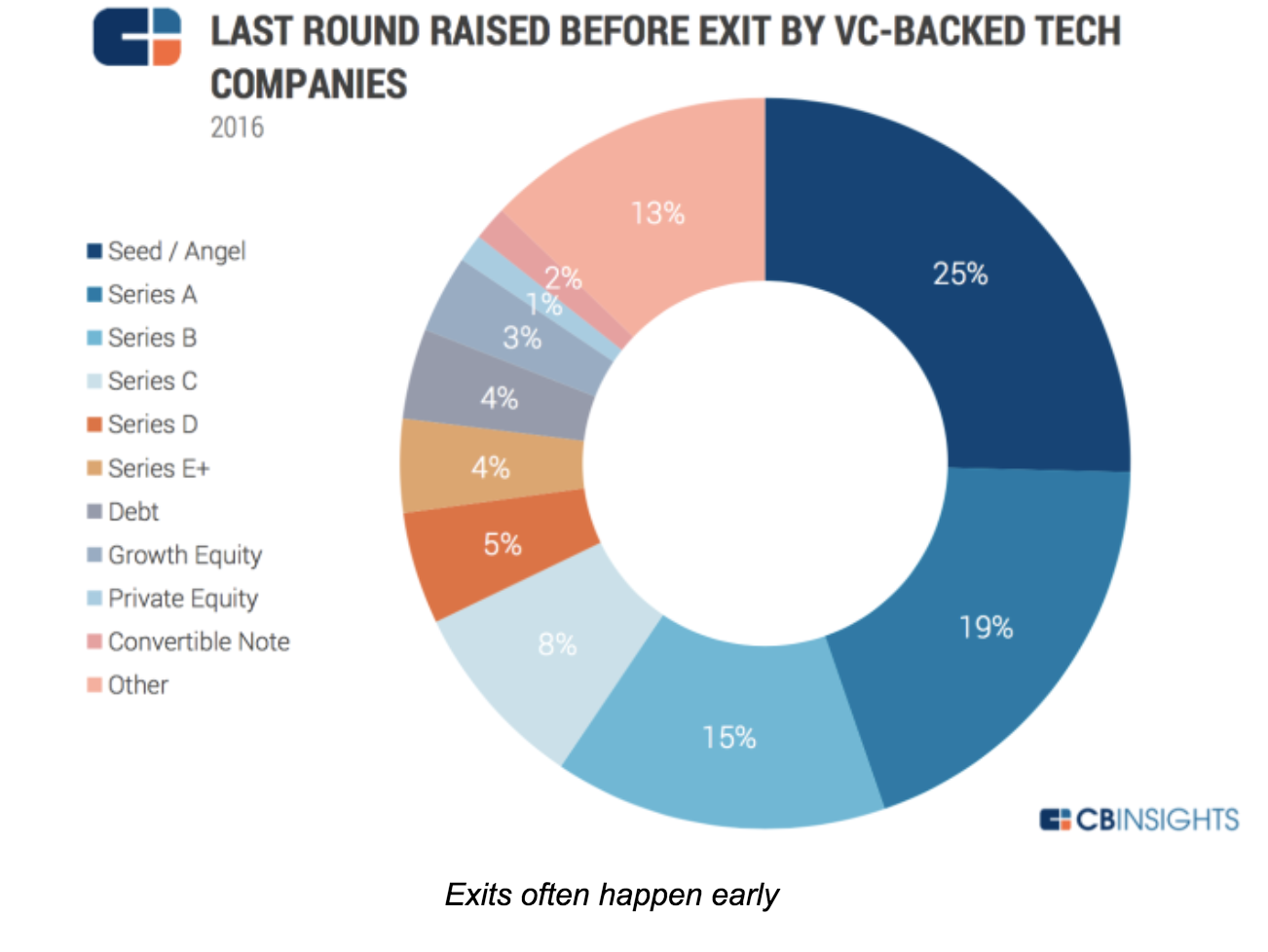 To explore the topic, we organized a series of Master Classes tapping corporate buyers, bankers, investors, lawyers and startup CEOs with M&A or IPO experience in San Francisco. It was a group that included the founders of Guitar Hero —  bought by Activision; JUMP Bikes —  a SOSV portfolio company bought by Uber, Ubiquisys —  bought by Cisco and Withings —  bought by Nokia. Each one for hundreds of millions.

Their observations can be summarized below.

“Founders must be aware of what contributes to an exit. This means understanding partnerships and how they are formed in the business space the entrepreneur is working in,” said one Master Class participant.

As founders, you build your product, your company and… optionality. You need to understand the options open to your company, and take steps to enable them.

The most likely one is an acquisition, but there are others like IPO (including small cap), RTO, SBO, LBO, Equity Crowdfunding and even ICO.

“Exit is not a goal ​per se, but as a CEO it is something you should think about as early in your cycle as possible, while being business-focused,” said the London-based investor Frederic Rombaut, of Seraphim Capital.

Indeed, most participants said that exits should always be on the chief executive’s agenda, no matter how early in the process. “Exits should be on the CEO agenda. Not front and center, but on the agenda. M&A is a by-product of a great business and targeted BD. IPOs are always an option once you’ve built significant cashflow forecasting.”

It’s important to ask questions like: How many “strategic engagements” with potential buyers have you had this month? Is your message and value clear in their eyes? Have you considered an acquisition track in parallel to a fundraise? 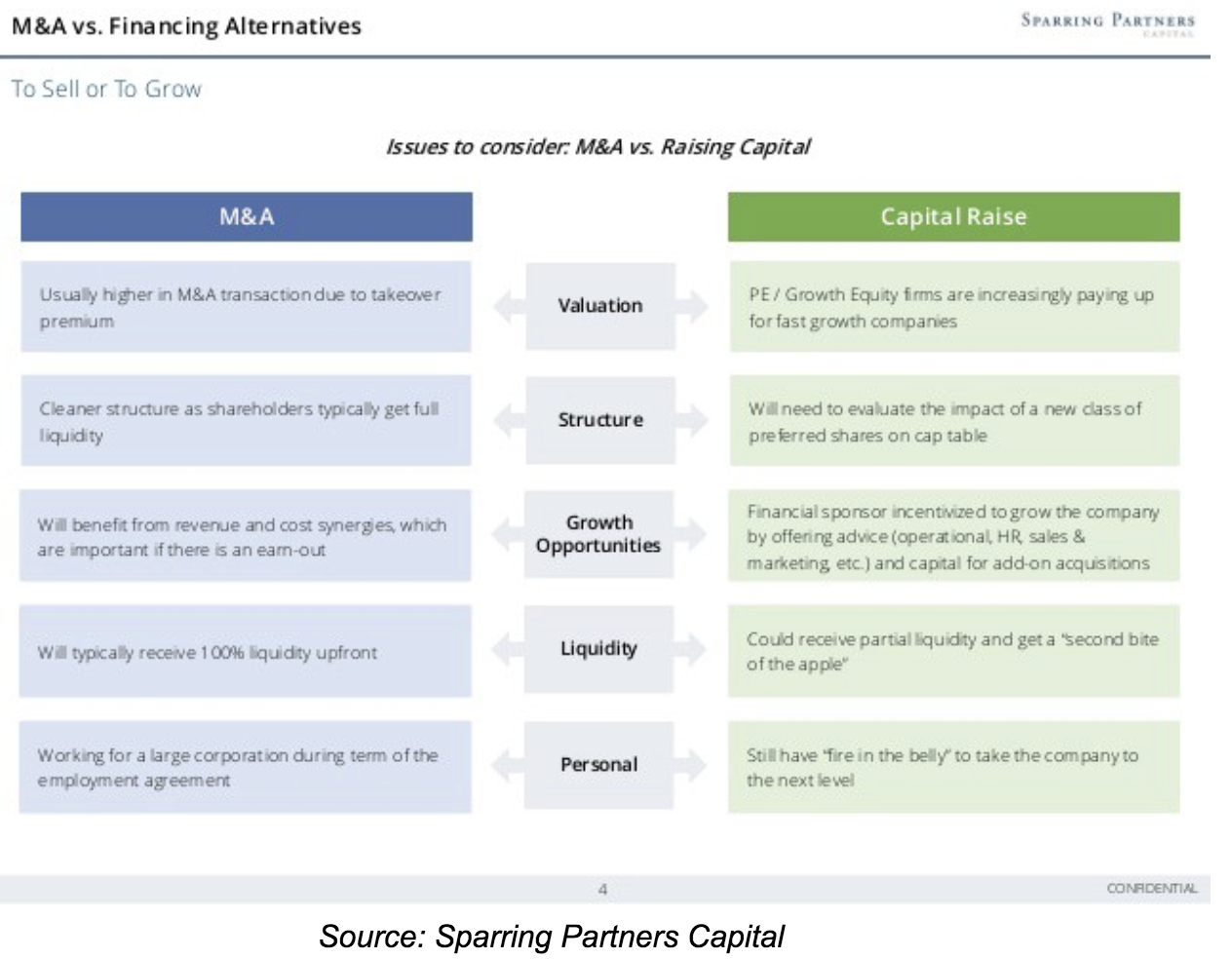 It doesn’t stop there:

One thing is sure: The time to exit is not when you’re running out of money.

Companies are bought, not sold

Unicorn or not, the most likely exit is an acquisition.

As George Patterson, managing director at HSBC in New York said, “Good tech companies are bought, not sold. The question is thus: how to get bought?”

Patterson says it’s important to understand how mergers and acquisitions actually work; how to prepare a startup for an exit; and how to develop a “feel” for the market you’re exiting through and into.

It could be from least to most expensive, or as a mix, as listed by Mark Suster, managing partner at Upfront Ventures:

How corporates find you

Asked about the best approach, Todd Neville, manager of Corporate Business Development and Strategy at IBM (who gave the most detailed description of the corp dev process), said, “Do something cool to one of the IBM customers. If they rave about even a POC, we’re interested.”

Get the house in order

For IP, they will check your contracts (staff and contractors), and run some automated code analysis for proprietary code and open source use. They will evaluate potential IP infringement. No point buying you if you end up costing more in lawsuits!

For your team skills: Sitting down with your engineers will tell them plenty enough without understanding the details of this or that algorithm. The last thing a corporate wants is to be accused of stealing!

Lawyers engaged early can help. The later the clean-up, the more costly and painful.

Develop a feel for your “market”

Develop relationships and create champions within corporates. It will help promote your deal when the time comes, and will let you keep your finger on the pulse of corporate strategy to time your moves.

Do you read the earning calls of Cisco or IBM (or others relevant to you)? This is where strategies are presented. Are your keywords coming up there or in their press releases?

Chris Gilbert, former CEO of Ubiquisys (sold to Cisco for more than $300 million) was very deliberate in planning his exit.

“Selling starts on day one and is a leadership-only function —  work out who will be your buyer. Only the CEO can do this. Constantly articulate why a company should buy you,” Gilbert said. Bring clear messages into the acquiring company so it can be presented upwards: give them the presentation you would like them to show their boss! When the time is right, force decisions through competition. If you know they have to buy you, your starting position is strong.”

The dark art of price discovery

There are dozens of formulas (from DCF to comparables) to evaluate a deal —  which also means none is “correct.” What matters is: How much would you sell for, and how much is the buyer ready to pay? 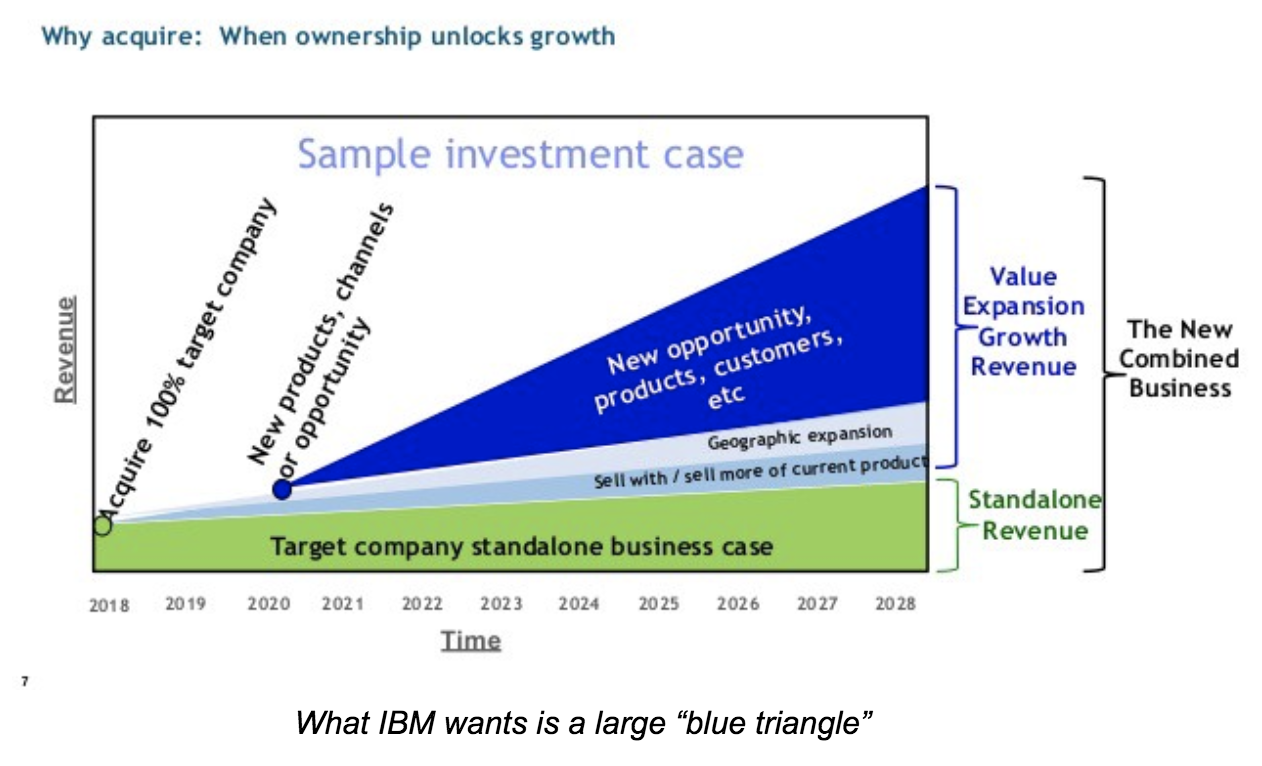 Gilbert, at Ubiquisys, described how close interactions with his banker helped drive the price up among the bidders assembled.

Just like buyers, we meet bankers and lawyers too rarely at startup events, but there is much to learn with them. They make deals happen, avoid value erosion and optimize price. They often also make introductions before you engage them, to build goodwill and earn your business.

And if you worry about fees, the right banker handsomely pays for itself by finding more bidders and playing “bad cop” for you, avoiding direct confrontation with your future employer. Do you want a slice of the watermelon or the whole grape?

Final twist: Exits are not exits

When asked about what happens after an M&A or IPO, buyers said they generally hoped the founders would stay with them for many years. Often using re-vesting, earn-outs or shares of the acquiring company to incentivize them. Neville, from IBM, mentioned a security company they acquired whose founder is now the head of one of the largest IBM divisions.

In the case of IPOs, supposedly the ultimate “exit,” any block of shares sold by founders would face extreme scrutiny and might cause a price drop.

So who’s exiting during those deals? Investors (and not always).

Eventually, if the average age of a startup at exit is 8-10 years, the active duty period of founders (if not replaced in the meantime) extends even more. Better love the problem you’re solving, and your customers!

Thanks to speakers, participants and supporters of this Master Class series.